The Prince of Wales on Private Visit to Longfield

For Paul King, meeting HRH, The Prince of Wales, was the chance to chat about his work at Highgrove having been employed at the Royal Estate 15 years ago.

He was among the many patients, families, carers, staff and volunteers who greeted The Prince on his private visit to Longfield Hospice, in Minchinhampton, on Friday December 20th.

The Prince, who has been Patron of the community day hospice charity since 1990, chatted to the 83-year-old from Tetbury who comes to day therapy once a week at Longfield.

“I used to work in the car park at Highgrove and have met The Prince a few times,” he said.

“It was very good to see him again. He looked a bit older like all of us.”

During his visit, Prince Charles also met three families who have been supported by Longfield’s Hospice at Home team.

Jacqui Roberts and her sons Neil and Paul spoke to him about how the nurses had helped the family when her husband Deane was very ill. The Hospice at Home team cared for Deane for 10 weeks providing palliative care and emotional support.

The retired lecturer, from Gloucester, died of cancer in August aged 73.

“Having the nurses meant Dad could stay at home and people could come and visit. It also meant Mum had some respite and some support as well,” Neil said.

“We held a collection for Longfield at Dad’s funeral.”

A keen artist, The Prince also took part in an art therapy session on his visit where he met Safhaya Mulla who was painting a watercolour picture.

The 54-year-old Grandmother has Chronic Obstructive Pulmonary Disease which affects the lungs. She has travelled from Gloucester to take part in the art therapy sessions and said it had made such a difference.

“Coming to Longfield has been so good. There are times if my breathing has been bad that I’ve been not feeling up to it, but I’ve still come to Longfield and it has really helped and I’ve left with my mind feeling fresh and so relaxed,” she said.

“It was great to meet Prince Charles, I thought I might be nervous, but I wasn’t. We chatted about Indian foods and Mumbai.”

Philip Leighton,71, from Bisley, has been coming to Longfield Hospice for about a year and spoke to the Prince after taking part in a Tai Chi session.

“Longfield has helped me since I was diagnosed with Parkinson’s disease. I have found it hard; I was always been fit and looked after myself and all of a sudden, I couldn’t do up my shoes or the buttons on my shirt.

“I am very lucky as I have a partner, so I have someone to talk to, but lots of people don’t.

“Here you get to meet other people, so you don’t feel so on your own.”

Longfield Chief Executive, Simon Bernstein, said it had been a privilege to welcome The Prince of Wales to the hospice.

“We are delighted HRH The Prince of Wales was able to make a private visit to our community day hospice this year,” he said.

“He met with many people whose lives have been touched by Longfield from patients and their families to our amazing staff and volunteers.

“Today’s visit gave The Prince a real snapshot of what we do as a community hospice charity, providing not only end of life care in people’s homes but also emotional support for patients and their loved ones and carers with services such as Day Therapy and Bereavement Counselling. Longfield relies on voluntary donations for 85% of our income and the Prince’s visit helps to raise awareness of our cause.

“We cannot thank him enough for sparing the time to meet with us today. His visit and continued support as Patron mean a great deal to everyone at Longfield.” 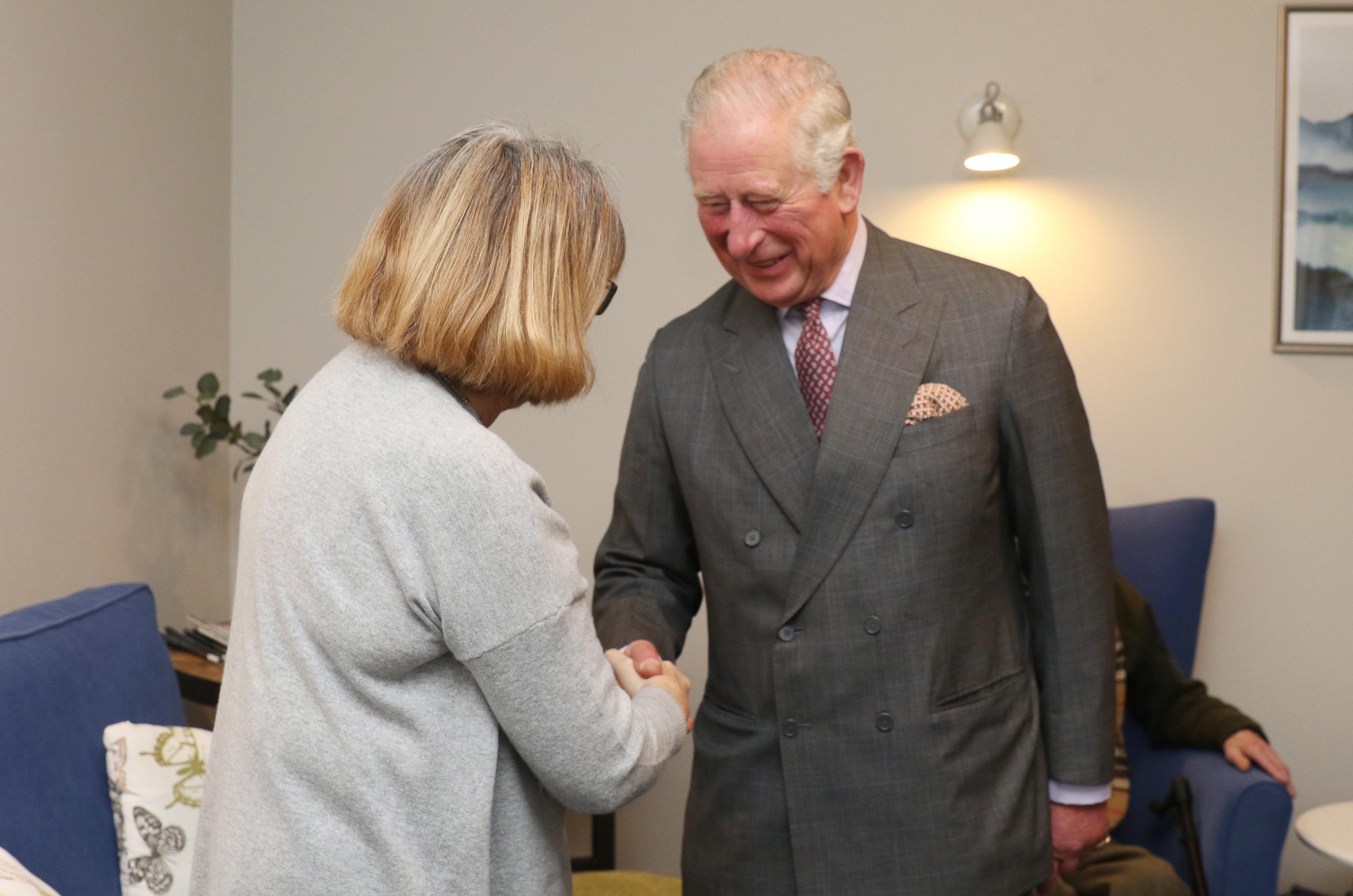